During a meeting of organizations related to biking tourism and project EuroVelo, I got the idea of cycling along the Iskar River from Sofia to the Danube. I created an event to Facebook, but unlike cycling through Etropole to Pazardzhik, now people were more reserved, and also weather was not on my side. So on the day of departure, after an hour I found myself to the post office in Novi Iskar alone. Here is the meeting place if others want to come, even more the road is more or less busy, and I did not want to ride in a group leaving Sofia. But anyway, nobody came or call and at 10 without a little I left. Section Sofia – Svoge I do not cycle and most bothered me. Here traffic is most intense, and most highly varied terrain. Road constantly up and down the mountain folds of of Mala mountain, then on Loukovo descends to the river, passes it, and cut under Golema mountain. Novi Iskar to Svoge are about 25 km and despite the terrain it passed an hour and a half. The road has proved easy, pleasant and suitable for cycling. I had predicted more time to this section and decided that I deserve a tripe soup in Soley, where every time we stop after climbing or walking in the gorge. Lunch had another purpose. Only after I left my home noticed that left to charge by night phone is only 40%. 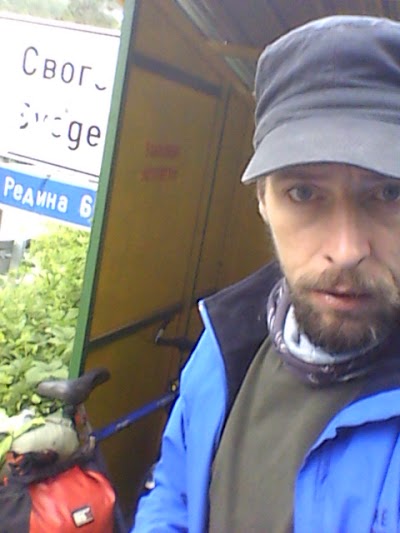 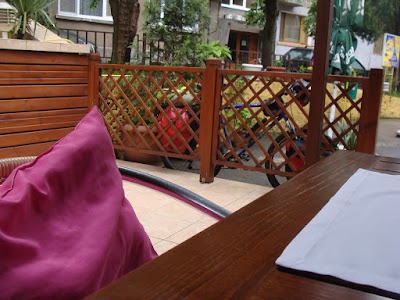 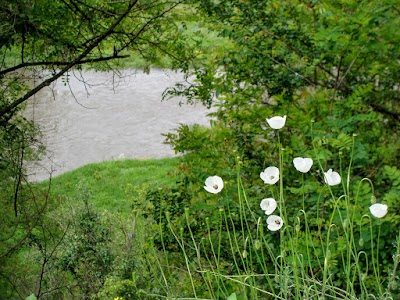 From Svoge road comes down near the river, for the most part flat, with many turns, but with continuous removal of denivelation. The villages are through 10th km. and the time between them imperceptibly. If we were a group, we might stop and to the Dzhuglata rock, and Skaklya waterfall and climb to Temnata dupka cave entrance.
But I’m in the area quite often and now alone, I did not think to stop in places where before I was. Exception made for Lakatnik, where I stopped to grab a smoke on the shore of a small pond. 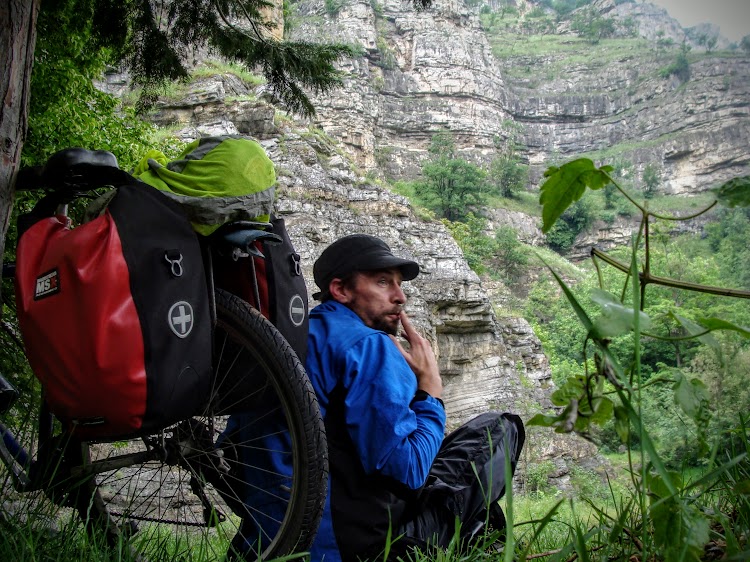 From home to Lakatnik are about 60-65 km. so I thought, depending on the speed it is one of the places to camp, but I was there at 14:00. The next place I thought being around Cherepish monastery, where was at 16:30. Therefore, I continued to Mezdra. On Rebarkovo I stopped for coffee and as I sat, is poured incredible downpour. It passed quickly, but local tried to strike up a conversation with me sort of – Oh, from Sofia are you? Can you find me a job in construction there? You working on computer!? What about for you a job in the timber industry here? 30 lev peeps, if load 2 trucks… And all the time laughing at “the village idiot” walking aimlessly in the rain, not realizing how thin is the difference in the eyes of observer between him and them… After Rebarkovo I faced the biggest nightmare for the day. Although the section is only 4.5 km and takes about 15 minutes, the traffic on the main road E79 leaves a memory for a lifetime. Inside Mezdra signs to Brusen and Tsarevets missing, and I cycle around the train station little bit and with only three questions came out in the industrial area on abandoned concrete road. Then it turned out that there is another parallel road but it’s same. Before during Kars-o-bikia I tried to visit the rock graffiti in Tsarevets for which there are information boards in Mezdra and in the village, but no clue where the turnoff for them on the road. I thought I could go to sleep near them. Shortly before the village I saw a group of abandoned houses and sporadic parcel gardens and decided to camp there with the idea to go down to the rocks and graffiti on foot. Dirt road, muddy a lot from precipitation throughout the day it appeared that ends in a garden with young walnuts and hazelnuts. The rocks were visible 150-200 meters further down, but without trail and through high wet grass. So much for the day. 109 km. Pitched a camp on the terrace of an abandoned house and enjoyed the sunset… 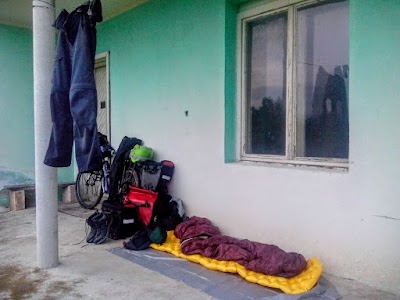 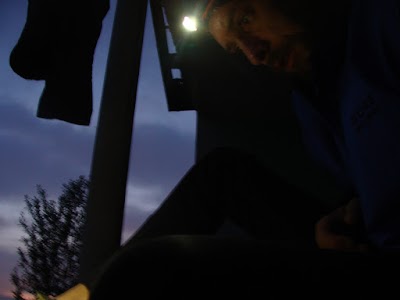 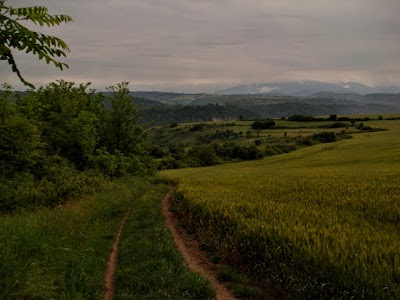 Next article Along Iskar River. In the Danube plain.