Along Iskar River. In the Danube plain.
Along Iskar river, Around Bulgaria, Cycling touring

Although all night in the surrounding fields howling jackals I slept well until late. Hooked saddlebags on bike when on the road began to appear people walked to gardens around. I had no water so unwashed and still sleepy headed to Tsarevets. No more than 50-100 meters from where I slept, I saw a wide dirt road shortcuts to the hill and eventually it comes down to the rocks and graffiti. But my enthusiasm was already evaporated and morning coffee and charge the phone was more priority. Cafeteria at the rest day was full.
I got my coffee, something sweet for breakfast, I put the phone of the contact and dragged a chair into the shade, away from the crowd. Sometimes I like to talk to random people about what I do, where I go, sometimes not. Not if I know the questions will not be where I was and where I was going but from where this free time and money to travel and deafness for answers that do not have both, but I love doing it. For some people the material is not only the most important, but only thing…
I like Tsarevets as village but the nearby village of Staro selo is even more enjoyable. I saw the fountain there and stopped to fill my empty bottle. Just I left and I saw two cyclists strengthened on the road. I waited to pass to join the road behind them. Usually road cycling athletes (for what thought and these two) passed by me with zeal, and often not even salute. I accepted it, we have different priorities. But when I looked at the road again for my surprise they were stopped. They turned out to be not “runners” but tourists. Dobri and Pavel. I did not ask where it came from, but probably from Mezdra or Vratsa and said they would cycle to Pleven. They do not have panniers, only backpacks and had go out for one/two day ride. We talked about different routes and roads around, but as they have road ahead and were light and fast continued rushing on the slope down to Strupets and Roman.Before fork to Sinyo Bardo and monastery caught me train crossing barrier. There was a time, but I waited. When the train went I shoot with the camera and train driver greeted me with extra launched beeper. 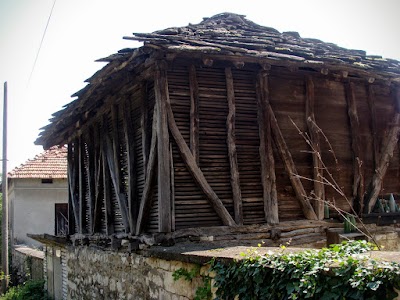 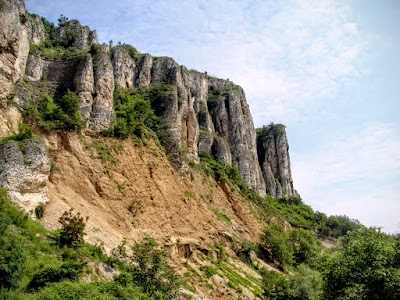 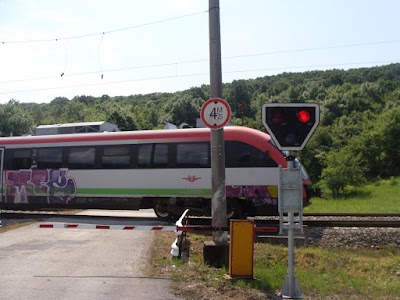 The hill Strupets – Roman I remember it very well. I hoped this side to be better and although there was a big difference (perhaps most shade uphill) went quickly and without fatigue. Went down quickly and without looking around went through the roundabout in Roman and immediately after the bridge turn left toward Kunino.This road is wonderful. The improved asphalt version of road after Caras and Sredni rid along the Malak Iskar. On a hill to the right is seen a large cross and below it a wall of mini hydropower plants. The benefits and harms of these facilities transformed Iskar in a huge swamp, much can speak, but no one heard. In next swamping stopped on pathetic sight. Stumps of hundreds of trees protruded just above the water, a clear sign that they are cut off after the flooding of the area. 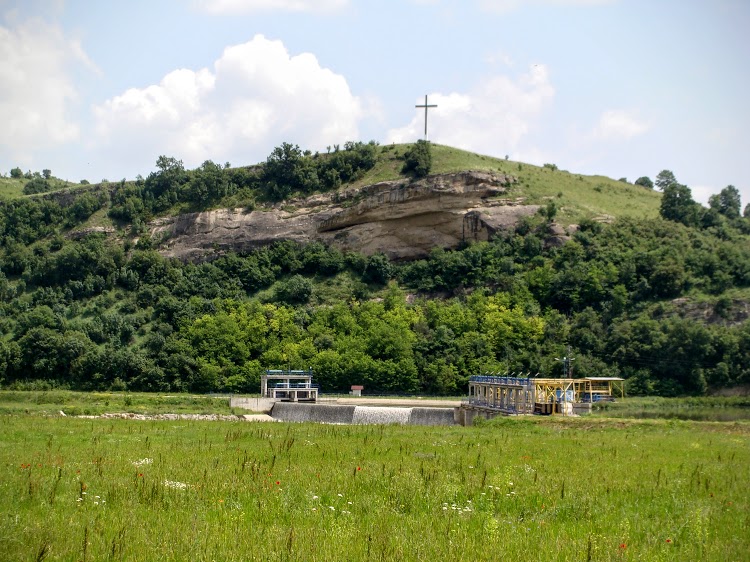 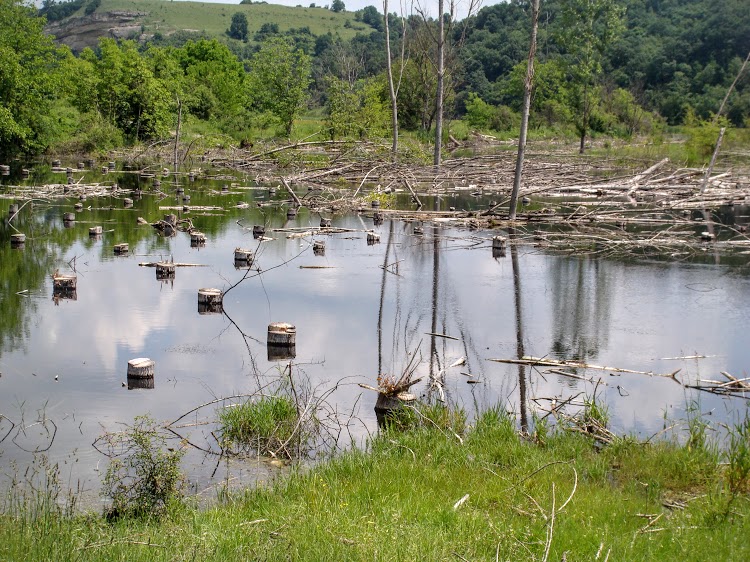 In Kunino I had two options to continue. On my favorite dirt road along the cliff, river and railway line to Karlukovo and from there to check it really is a dirt road to Reselets right next to the river. Or official asphalt road directly to Reselets. And so I was alone and Karlukovo I promised to friends for entering the caves, I decided to go directly to the asphalt. But at the end of the village pavement ended and on the slope climbed gravel road. To be sure this is the right way, I asked a lady who lives next door. – “Yes, it is. And this is only 200 m., Then it is asphalt again…” 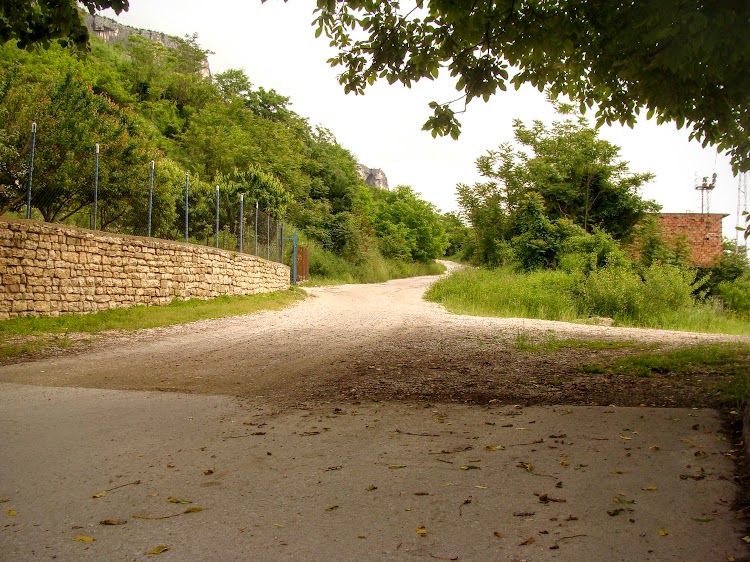 I know from experience that a local person tells you one turn, they are 10. When say 100 meters, it’s at least a kilometerand in this case really turned out to be full two. On the whole slope until after career over the village is not for riding, or at least for a bike with panniers. It turned out that all the way to Reselets is a bad as pavement with a lot up and down and is more fun than pleasant to ride. But on the hill by which pass is an incredible view towards unexplored canyon behind the village Kunino (which mandatory go on my list for a visit) and the valley around the river and the beautiful cliffs around Kunino and Karlukovo. Even is seen the entrance of the cave passages. 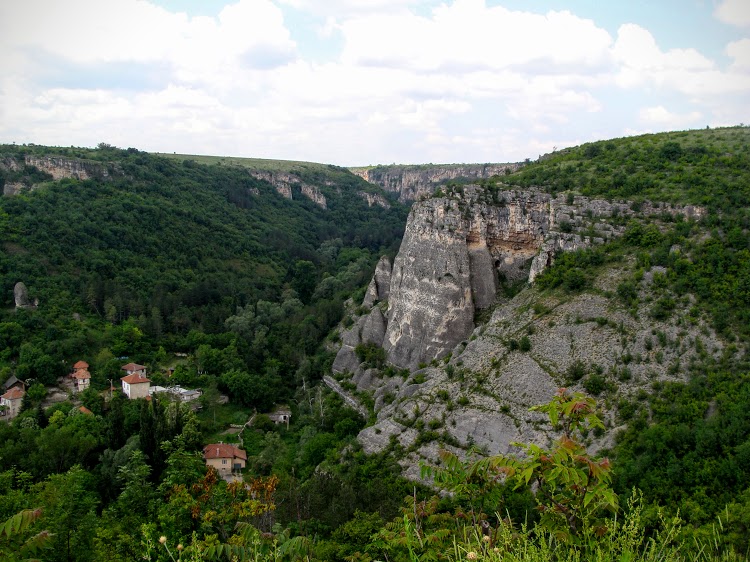 In little more than an hour I was in Reselets around 14:30. There are wonderful place to camp with a fountain and benches, but I thought that in the morning to Baikal is about 120 km and wanted to see how close to my goal could go and went.From here began the endless flat. However, in Cherven bryag stopped shopping and lemonade beer, then for an hour I reached Koynare, and next hour and a half to Iskar. Just before the town again crossed the river, and the right of the current road see the remains of an old iron bridge, but because of traffic could not stop photographing. 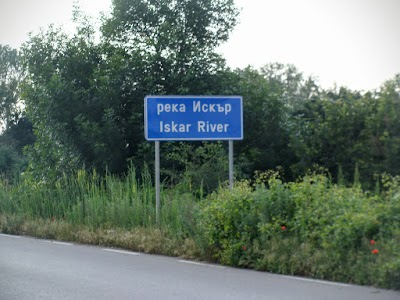 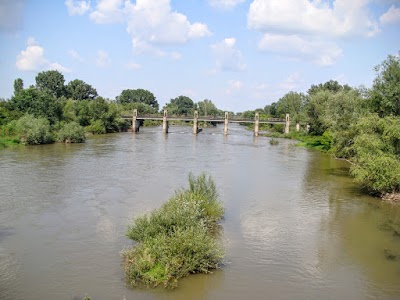 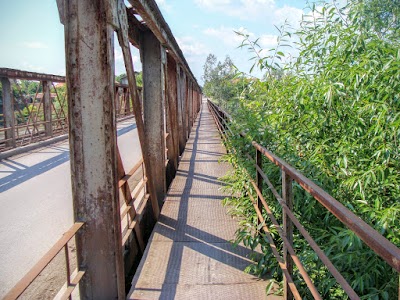 Here in the town road to Staroseltsi is a little trick despite signs. I had 10 km to the village and 35 km from the Danube. It was already 19:00 and I thought somewhere between the city and the next village will camping. Just over the town and saw the second fountain of the day, wonderful place for camping with views of the city, but I thought I was early. To my great regret, they followed almost 10 kilometers continuous wheat fields. Shortly before Staroseltsi yet found a place for me. Cooked buckwheat with dry soup and enjoyed on blood-red moon. 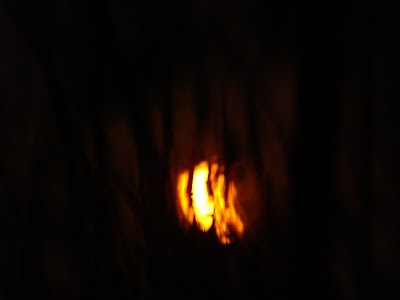 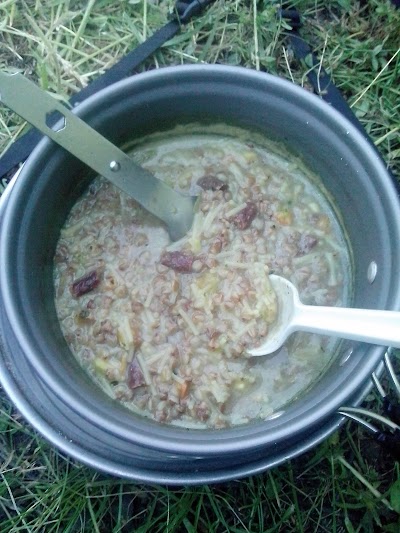 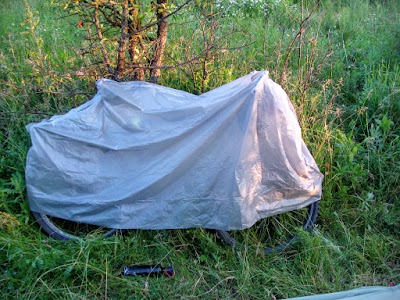 Next article Along Iskar River. Selfie on the banks of the Danube and go back.