Along Iskar River. Selfie on the banks of the Danube and go back.
Along Iskar river, Cycling touring, EuroVelo routes

I slept a 27-8 kilometers from the banks of the Danube. When I reached the bridge over the Iskar River near the village Staroseltsi, I regretted that I had not come here to spend the night. Beautiful river, beautiful meadows. Road Knezha – Krushovene is nice. Straight, with little traffic and a nice shade. Since yesterday after Cherven Bryag already I see the river just when I was crossing. On Staroseltsi crossed it for the 10th times from Sofia. During the rest it is just a number of poplars kilometer or two from the road. In Bregare I was impressed was how many cyclists on the road. But not tourists like me but villagers using bike for their daily work. In Krushovene center was forming market, as most impressed me naturally stall with bike parts and spare tires and inner tubes.
When I passed them, several people greeted me with “Hi”. People here are accustomed to seeing bike tourists with panniers (from Krushovene already cycled on EuroVelo 6), but unfortunately, the vast majority foreigners. From here to Baikal is a little narrow road and many times meet with a truck coming from the quarry or the Danube filled with sand or gravel. But it is beautiful. Huge poppy fields and sandy hills riddled with nests of swallows. From Staroseltsi came to Baikal for about two and a half hours. 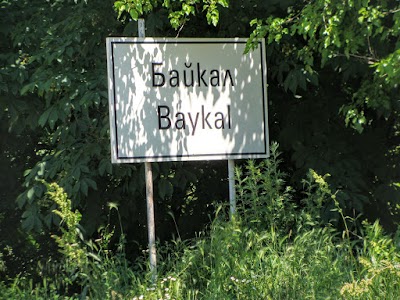 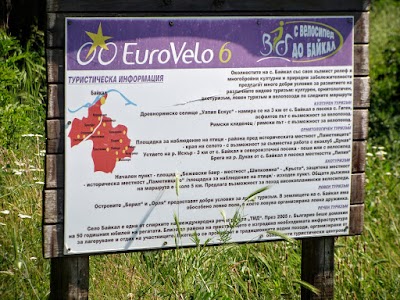 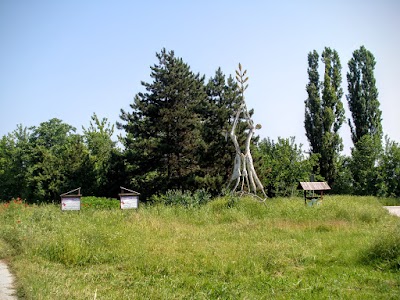 I especially liked the info sign “By bicycle to Baikal.” I went through the village to the camping and harbor to see the Danube. Some kind it is strange when road end on the final goal. I did my selfie with river background, hang around a little more and turned returning to the village. On center I saw a grocery store and pastry shop and chose to sit in patisserie for a beer. The woman there was… strange… I did not realize is it unkind, angry at something or of just having customer is the most boring thing in the world for her. Moreover, because of the phone, and to decide where to go from here, I took another beer and banitsa (cheese pastry). Incidentally, you people of Northern Bulgaria and particular in Pleven Region are you know that dough for buns with cheese is not called a banitsa? No, it’s tasty, just saying. 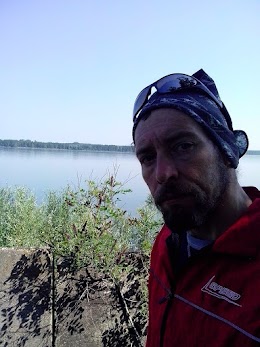 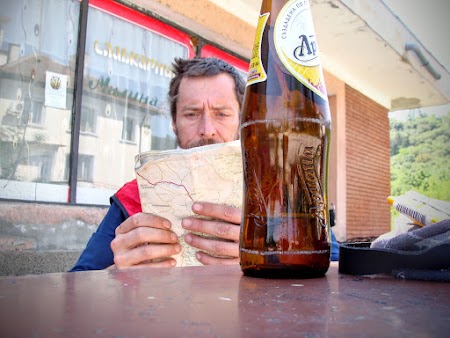 From Baikal could be returned to Krushovene and from there to go to the Kozloduy and down to Vratsa and Berkovitza, but it would take another 3-4 days. Or to Pleven and from there so beloved, but “mountain” Forebalkan. I chose to drive EuroVelo 6 through Gigen and Guljanci and go down to Teteven. So I crossed for 11 and as I thought for the last time Iskar. 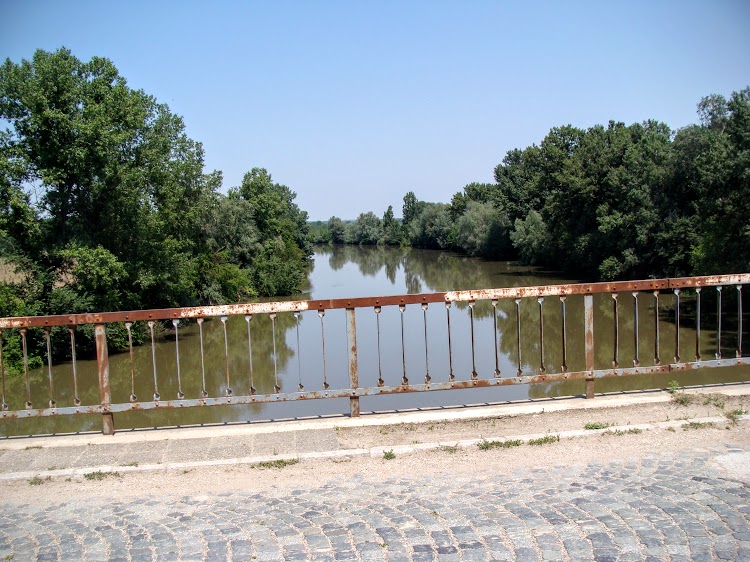 As soon as entering in Gigen, it grabbed the signs to Ulpia Oescus. The ruins of the Roman city are part of the village and excavations are a few meters from the houses. But for those one in full force is valid expression – Door in the field. One scabbed fence with a large unlocked door. From huge once city now has three stones on cross and two or three signs… But nothing even connotes greatness and size of the city. Pitiful sight, unfortunately. 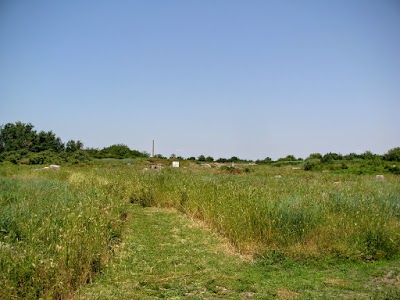 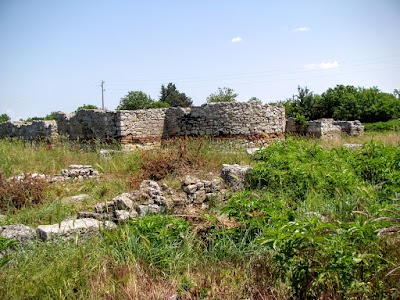 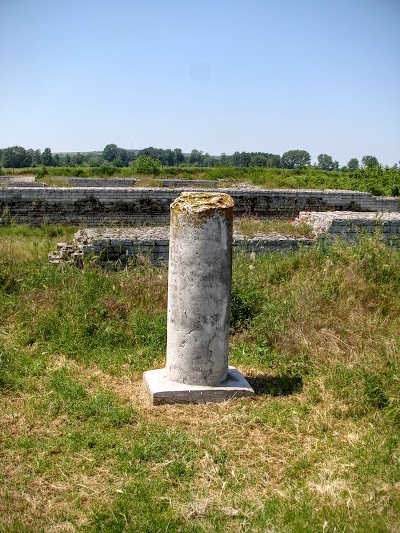 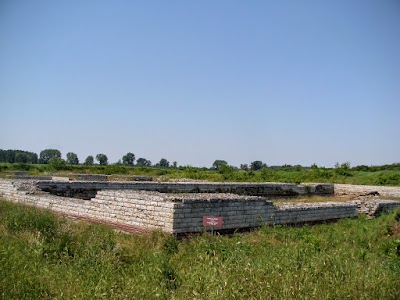 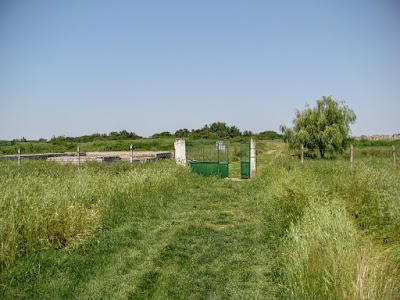 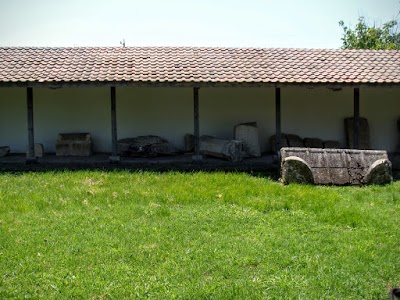 After the ruins went the way for Zagrazden and Dabovan that I thought I’d ride close enough to the Danube. Here the signs on EuroVelo 6 rising. Comfortable, made appropriate and sufficiently official to cycling on the road with calm and self-confidence that I was an equal participant of the road. 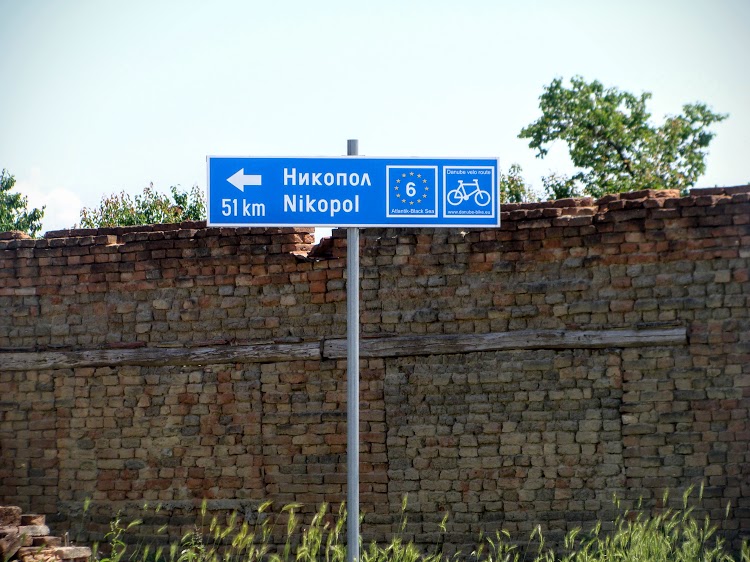 Straight road without shade and with greater heat than normal for me for May, making cycling to the Gulyantsi tiring. 25-27 km took me three hours and a half. The only thing I saw from the Danube was again the row of poplars 2-3 km north from me. Unfortunately this my first contact with the Danube route was a more or less frustrating. Maybe I need to do the whole route, so I can appreciate it real. But I have a hope and believe that the entire will like me.

From Gulyantsi went down on main road along the railway line to Dolna Mitropolia and Pleven. But the road is super busy and unpleasant for bikes Not recommend anyone to go on it. Somewhere along the way I passed a gas station with an electronic clock for time and temperature. It was 29 degrees. And time 17:30. I realized why road to Zagrazhden to me was so heavy. When I reached the main road become a lot confused on rings there. Something plates are been few, or I did not know the area… I saw an abandoned road descending to the village Yasen and headed on it, past abandoned military buildings. In the courtyard of one of these I saw three uncles guarding and spoke with them. They showed me where it crosses the the railroad to get into the Iasen, but there is no real crossing and had to wear a bike through several tracks. They were recommended the official road to Pleven. Mine original idea to go through Kartozhabene would not happen. I went on the main road and with caution as most cars envy or to Pleven or to Sofia came out on the road for Teteven – Route 305. On this road shortly after Dolni Dubnik on a spill of Vit river I found a wonderful place. Wonder if you do not count the mosquitoes. And there were so many that you cooked through a net of the tent. But the wetland was home to hundreds of different birds, so I slept on the pleasant melody of their songs.

Previous articleAlong Iskar River. In the Danube plain.Next article Along the river Vit. How not to fall in love with road 305?