Along the river Vit. How not to fall in love with road 305?
-Pre-Balkan, Along Iskar river, Cycling touring

I slept a lot. And I slept well. But the first thing I saw when I woke up, had a tick on the wrist. And while the coffee is made, I spinning the tick to pull it out. From what I know about pulling them direction and even rotation are irrelevant. Spinning it, because I have no nails and because it has to be extracted, but not ripped. Therefore, every movement was slight spiral. And for having mess with me, was burned in a spirit stove. And while drinking coffee, I did a quick overview of other uninvited guests in my body. I went barely at 10 o’clock. May 24th, feast day. I was at 11:00 in Sadovets and arrived just after present a school reports of first graders and completion of holiday program. The entire center was filled with people in a festive mood, flags and children running around. On such places during holidays like this need to come so called “Nationalists”, to see that to love homeland, its history and culture, do not have to be from a certain ethnicity…
Route 305 follows the river Vit at a distance and go straight and smooth to the south. Around Aglen village black clouds posed to the south and I put my jacket, but false alarm, we blow over each other. I passed one after another Dermantsi and Toros and then after beautiful gorge went on the road Sofia – Tarnovo in the locality Boaza. 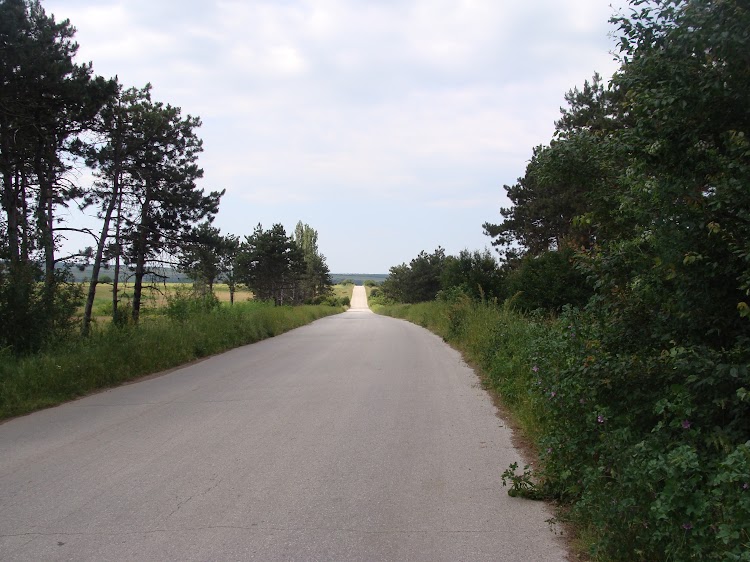 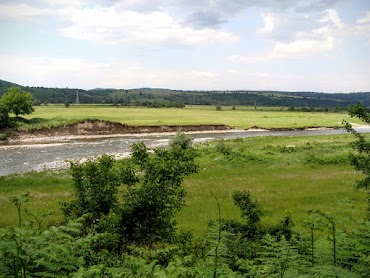 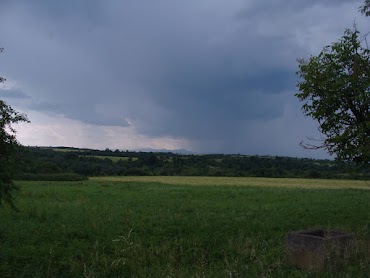 Here road crosses the river and began to follow closer. I went through Assen and loaded water from the fountain hidden in the shelter and guarded by two grandfathers waiting to bring bread to local store. Quickly after Assen is reached Glojene and the road to Teteven. But again stopping to dress and undress clothes for rain. This time not stopping to photograph Glozhene monastery, which from the village is a majestic sight. When I finally arrived at the beginning of the Teteven – ie. qu. Polaten. It was already 16:30 and I had not stopped for lunch so I conceal under bus stop on end point of city bus. Even though late, lunch was plentiful and after about an hour continued. Following last time from Teteven to Etropole I went through Cherni Vit and Yamna, now wanted to see what is the road through Golyam Izvor. Fork is 200-300 meters from the first houses and not at all a junction or exit, just street right between two houses with a plain plate and only in Bulgarian. Pass a bridge and right again then began the slow and gradual slope. After 2-3 km combined pushing started with positive campaigning – Up to Golyam Izvor are nine kilometers, I went 3, at least 3 are down, still remaining 3… Until Golyam Izvor are nine kilometers, I went 3 and 500 m, at least 3 will are down, there are still 2.500… Until Golyam Izvor are nine kilometers, I passed at least 3.700, if are down at least 3 and 500, then it is less than 2 km. So imperceptibly I came to the fountain. I had to fill my bottle a few meters from the fountain stopped stunned. Because it was just spout from the trunk of a large green beech. I walked around with wonder, but except spout, another pipe not be there. And the water was of superior taste. 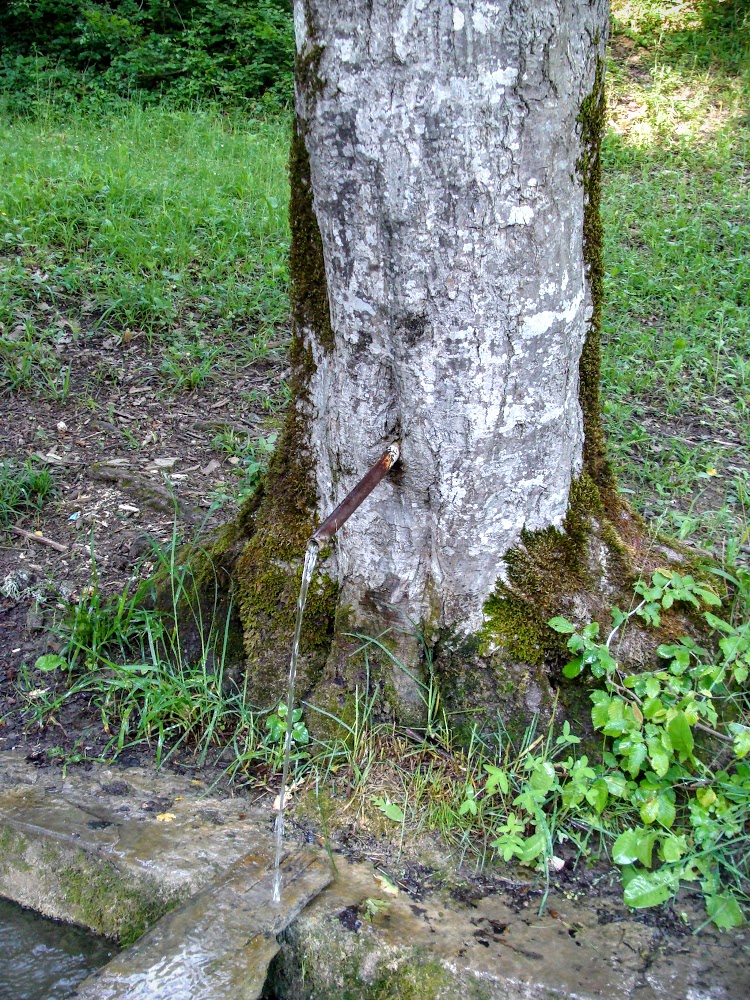 From here the slope was acceptable to ride at low speeds, but at some point I stopped again, yet to rest, yet to shoot rocks above the Teteven. I went and naturally turned out that again was stopped 50 meters before the highlight of the road.
I photographed the rocks again from the beautiful view and started nice and fascinating descent. To the village is short and in the village indefinitely. Over 15 minutes at high speed and still do not reach sign for end of the settlement. I would definitely recommend everyone drives in the area to go on this road. Incredible fun is. 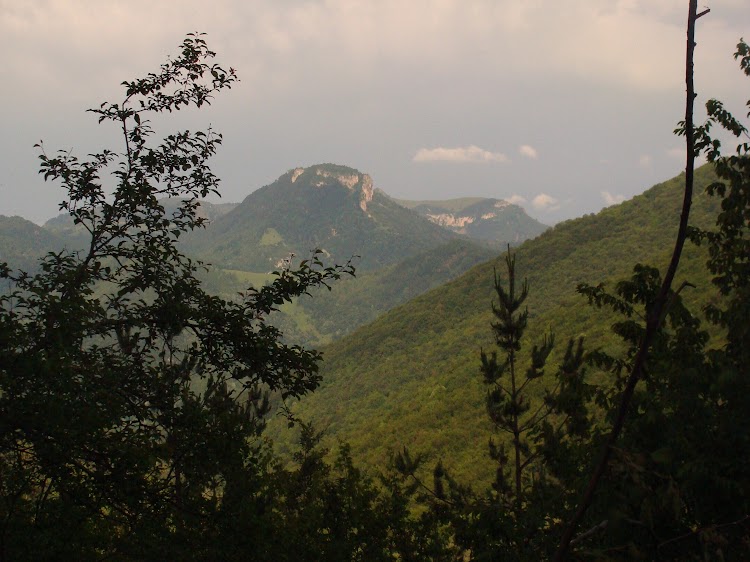 Was already to 19:00 and I started to think where will camping. But again only wheat fields on both sides of the road to Djurovo. Cycled on the main old road from Vitinya and apparently all the way from Jablanica to Sofia (if get off that nasty passage between Pravets and Botevgrad) would be wonderful to biking. And hop, suddenly found myself at the beginning of Route 37. There was no sense ride to Etropole, but look, I wanted this time to go through Vidrare and Malak Iskar to Svode and from there to Bozhenitsa and perhaps Lipnitsa. Shortly after I came out of Djurovo began rain with light hail. I rolled under the highway and shortly after it slid into the first dirt road. Go on lands overlooking the highway. It was relatively high and openly, around thundering and lightning, so “threw” bike in the nearby bushes, stretched on quickly tent and squeeze beneath her. I closed and start the stove to make spaghetti.
Spaghetti with lyutenitsa look very good, but the taste is far from the idea of delicious food. By distraction or fatigue as I poured in stove alcohol, dropped a cigarette just made in the spirit. Interesting, I ignite. It was like a candle. The rain did not stop all night, thunder were still powerful and relatives. I left the new, not profitable candle burning in the porch and relax to fall asleep listening to the sound in the tent. 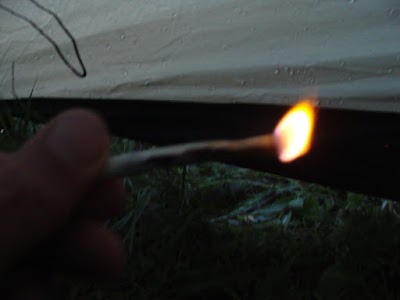 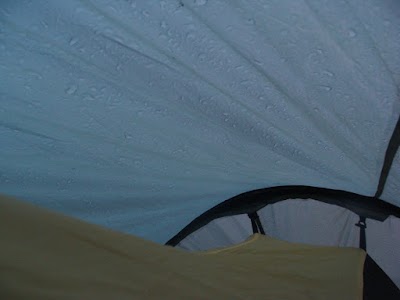 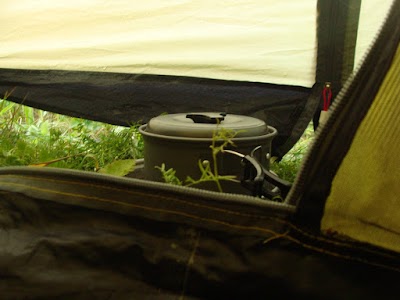 Previous articleAlong Iskar River. Selfie on the banks of the Danube and go back.Next article Malak Iskar River. Again, but not really...