Over time making various tourist maps as and visualization on Google maps and Earth, for specific projects created my own set symbols for them. Most were influenced by the specifics of the displayed – for example, different churches and religions in Sofia and Bulgaria, where are necessary icons for the votive crosses, chapels, churches – Orthodox or Catholic, mosque, synagogue, monasteries – acting with monks or nuns… We have 6 types of protected areas, official campsites and wild camping spots, prehistoric, ancient and medieval ruins and artifacts. The variety is great and very specific for the Balkans and Bulgaria. So appeared main set icons:

For web projects in most cases more suitable option are so called pins, where the location of the object is referred, and the icon itself given over the address to see details on the map. At pins can be used the same characters but a different color to distinguish category, price range or in protected areas – degree of protection. 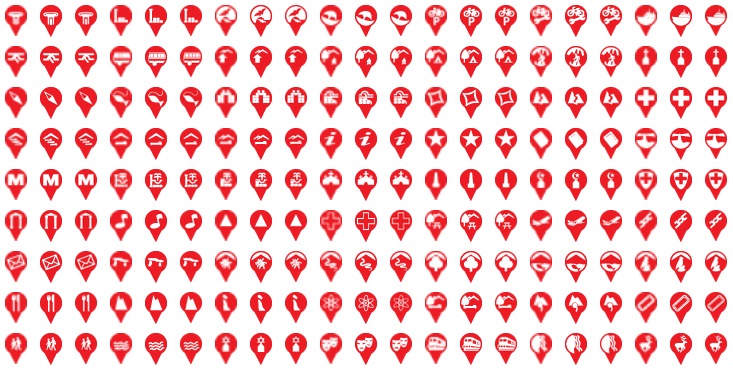 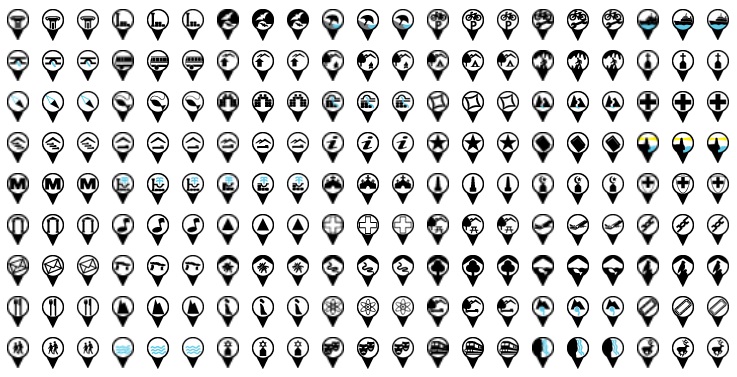 But although the main set covers 99% of the (my) necessary, icons left a feeling that although practical and various they are, isn’t so recognizable until you get used to them. And a little by little began to restore (and use) the symbols of the maps of Cartografia from 70-80 from 20th century.

Link to an icon or the icon itself, you can pick up from the page of sets, each set has three identical icons, but in a different size – from 16 to 64px.