Because of the increased inquiries in Sofia Green Tour and along with our new project with luminescence with Alex and Krassy by Light and cult, I decided to describe some beautiful caves that are easy enough that almost anyone can visit them. These are not cultivated and illuminated caves but ordinary ones where entry is an extreme experience and good physical preparation and proper equipment – clothing and lighting are required. Some time ago I translated and adapted a book for novice cavers – “A Guide to Responsible Caving” on bulgarian, if you want to visit caves, look at, because not only your safety is threatened, but also caves itself as the ecosystem.

But let’s start with the list. Will list places and areas where you may encounter the entrance of the cave and identify those that are easy, relatively safe and beautiful, so to see interesting formations and be amazed by underground riches which caves are. 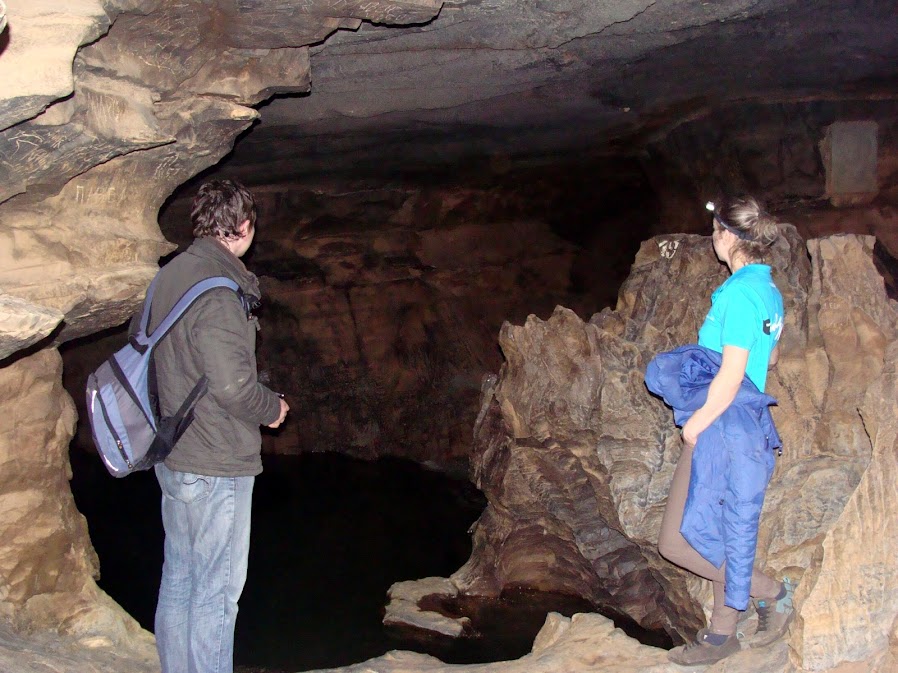 The first floor of Temnata dupka to Jekoko lake and the waterfall is easily accessible. Here the most you can clearly see the impact of human presence in the caves. Visited by decades of tourists in the area, the walls and floor shows signs and traces left on rock. This floor and the entire cave (or at least 75% of it) because the river is poor in formations and such will not see. If you have a friend caver or join in the activities of the club, you can climb via Chatala to the upper floor with river and Swan – one of the few calcite formations in the cave. To the entrance of Temna is that of Zidanka . Widely used as a toilet in the entry part, it continues for at least 400 meters deep. Rather overlooked, actually has a lot to offer to the curious.

Less than an hour up from the Temnata dupka is located and Razhishka cave. Interesting large blockages cave. Here formations have more, mud too. In this cave, you can trace the geological history on the birth and death of a cave. But one of the biggest advantages of her visit is the beautiful scenery and pleasant path to it.

Svinskata (Pig Hole) and Kozarska (Goats cave) also deserve a visit, but if you ignite at that activity and get a little more experience. Unfortunately, as a general rule, most caves near Lakatnik train station are poor in formations.

2. Near the village Bosnek

The area in which is located the longest cave in Bulgaria has much to offer. When it comes to long cave people associate length with straight lines, but Duhlata is a huge maze. With its 18 km., It does not come out in Boyana but rambling only under the hill above the village. There is a fundamental reason to be closed with the grating and if you’re not part of the cave club, no matter how nice inside is, a job does not have there. 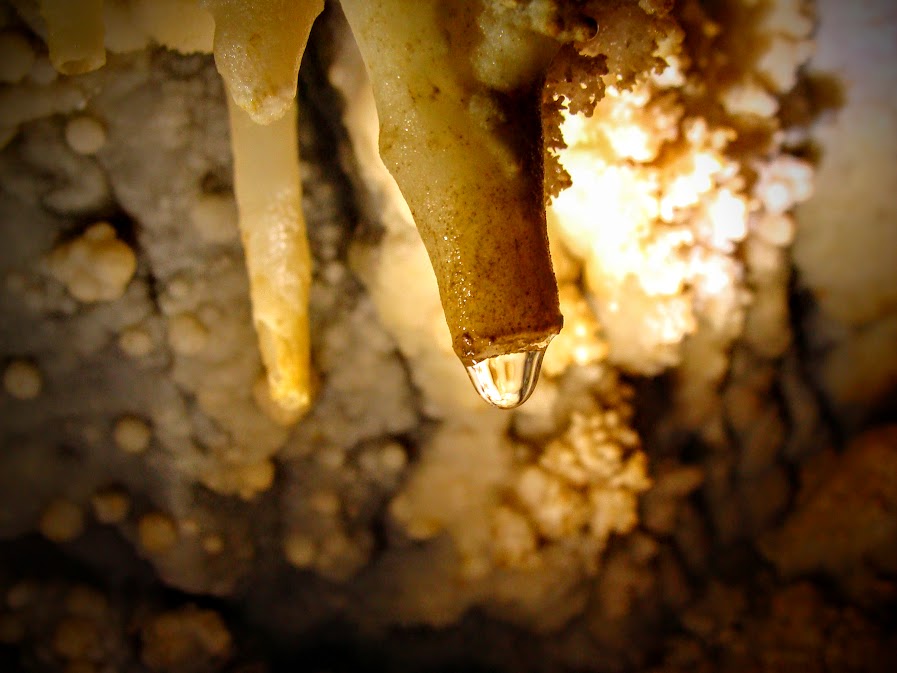 In this area most easily accessible cave is Pepelyanka (Viper). But it is difficult to detect. High enough above the road, the entrance is not easy to spot. Frequently visited by “collectors”, the cave is severely damaged and is now far from its former glory. It’s nice to be impressed by the damage and think before break and grab a souvenir. On the dresser at home will have just a stone, but in the cave water and light do all the magic.

Not far from the village into the mountains is another interesting small cave. Zhivata voda. Not as attractive as the fountain with crocodile head to it, but enough to “intrude” inside. Along with the springs and the nearby Suhata cave, form a small cave system, but for small and large explorers offer a lot of research. It is easily accessible cave Academic right next to the village, but not for everyone. 350 meters, no more than 50 not crawl and definitely not the place to decide to try is there fear closely. Places for panic attack and entrapment have.

With over 300 caves in the area and natural phenomenon like the cave, Prohodna is definitely an attractive cavers and tourists. But here, to the ordinary tourist has one major problem. Much of the caves are on the high plateau and seeking the river water has formed chasms where without ropes and equipment is impossible to enter. Adjacent to the small entrance of Prohodna is Temnata dupka. An important archaeological site. Entrance areas and formation in the middle of the hall are interesting, but at one end ostensibly flat first floor there is a 35 meter pit, so do not get distracted a lot. 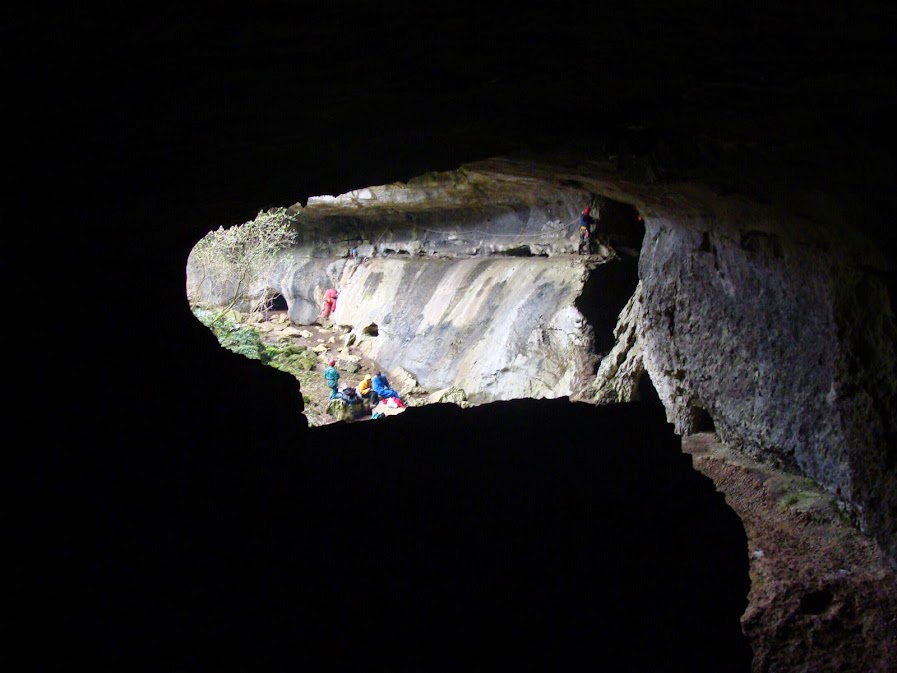 At the other end of the lawn are Bankovitsa and Svirchovitsa . And if Bankovitsa is inaccessible without a rope, the entrance of Svirchovitsa is acceptable easy and impressive. They can make some interesting photos. But to see more of this cave you will need help. The interesting part with very small but beautiful formations is after 4 meter climb, which is traced laterally and without a rope is quite dangerous. And at the beginning of the left is seen opening abyss. Big enough and deep unprotected.

Little known to tourists is Zadanen glen. Deep canyon glen ending with impressive dry waterfall and cave Zadanenka. In the gorge there are several small, easily accessible caves, but to reach Zidanka, you need to make traverse on parapet (there are bolts to be equipped, not permanent) into nothingness over 60 meter “waterfall”. The cave is poor in formations, but with two entrances and go onto a terrace above the river Iskar.

Not be able to enter in Murgovitsa (Dog Cave) because is an abyss, but you can go to the entrance and check a dog thrown inside. Years have shown that from this village will not come out Nobel laureate, but also basic education reaches to guess that throwing trash in the caves where water used for drinking come is neither clever or hygienic. If you suspect an animal in the cave looks for cavers in the area – around Prohodna or Peshteren dom for taking him out. Calling 112 not be greatly benefit because the municipal administration and public authorities are “a little” over these things.

Glozhene village is situated along the river Vit, which is an important part of the cave diversity in Bulgaria. Here are some of the most beautiful and interesting caves, evidence of which is cultivated Saeva dupka. For Morovitsa from Glozhene monastery have marked a trail. Although the cave entrance is impressive, lovers of beauty will remain slightly disappointed. The more beautiful and interesting part is after 60-meter pit and above it are only a few hundred meters over 3 kilometers cave.

Lastovicata is a small but beautiful cave near the river Vit. Relatively difficult discovery in the forest keep it from unscrupulous hands. And tight in the first third extra close beauties for the inexperienced.

Easily accessible, but because the river there rarely visited is Rushova (Gradeshnishkata) cave. Nearly a kilometer, on two floors, river and water have carved wonderful and impressive forms (see header image). And its volume it is. Because of the nature of river cave if you plan entry there, check weather and avoid the melting of snow and days after summer storms. When you come inside and look at the ceiling, mud and any other rubbish there on 3 meters high, can give you a clear idea of the level of floodwater. 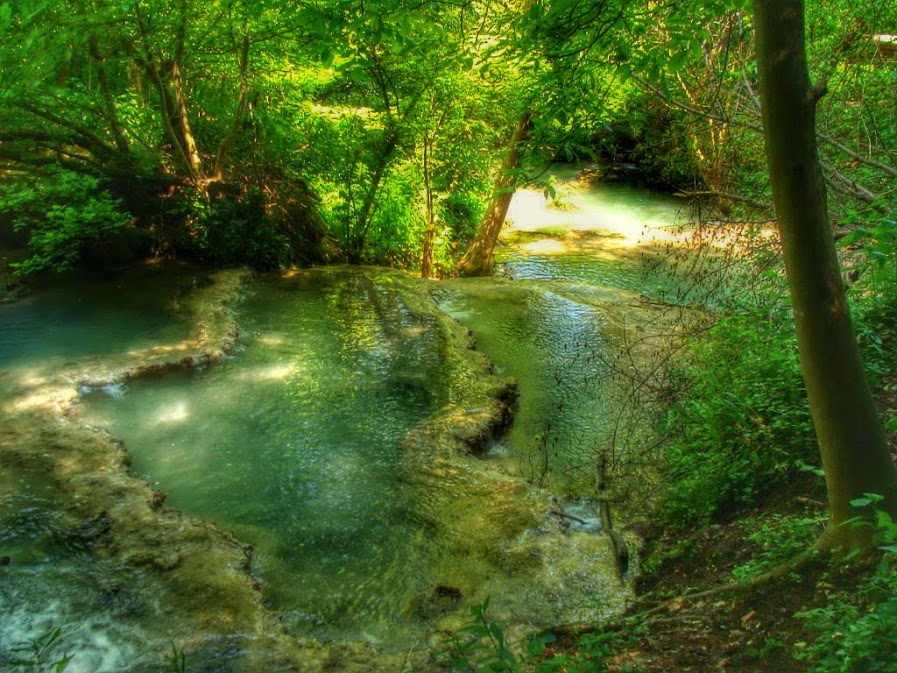 Few people visit Devetashka cave understand that in fact the entrance hall is just 350 meters by 2.4 km long cave. Unfortunately for visitors other than two kilometers are a huge deep river that passes by boat. This is typical of the famous caves in the area, such as near the village Kushuna – Vodopada, Urushka maara, and Boninska cave. And you can only see the entrance part without equipment. But around there are a few not so popular, but easy to visit and more about finding caves. Between the villages Alexandrovo and Chavdartsi is Mandrata. As the name suggests once used for dairy and later for mushroom cellar cave is quite altered by man, but still interesting. 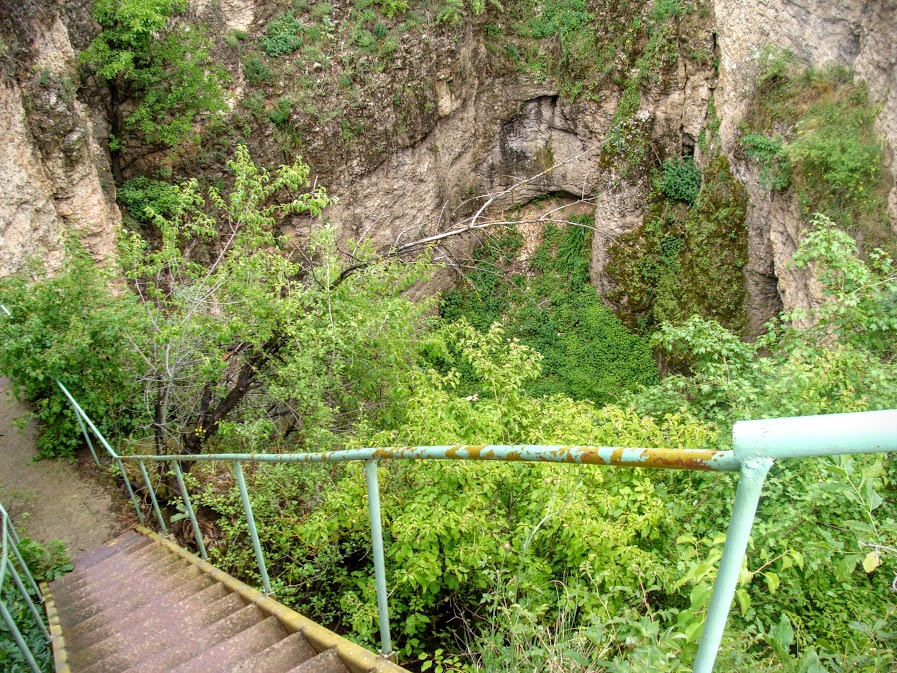 On the plateau was there two precipice caves, which are equipped with permanent iron staircase to access for tourists to the bottom. Easiest to reach is Goliama Garvanitsa less that 300 meters from the road, near the village of Gorsko Slivovo. And if the bottom of the ladder is not particularly impressive (unlike the past it), then if you find inserting horizontal gallery to have more than 250 meters for consideration. Stalbitza , to the neighboring village Karpachevo is located more difficult and after about 3.1 km. hike south-west. But photography and spelaelogy require such sacrifice. If you mess the road and go north-west of the village can reach Futyovskata cave. The cave is poor in formations, but 700 meters gallery offers an interesting walk.

In the beginning, as I started writing, I realized that if the material should be comprehensive, there must be present at least a hundred caves. A time and place for that here I do not have. I can do it in a separate booklet, but only on interest. Therefore, the Rhodopes will finish. Leaving for another time interesting places like Gintsi, Steneto, areas of Emmen and Drianovo, Shumen Plateau and many others. And in the vast Rhodope Mountains with thousands of caves will go of gallop, mentioning only a few, though here are the most beautiful. And it turned out, I do not find digital photos from there…

Lepenitsa already has organized access. However, I would not say it was refined. Although recently I’ve been in it 12 years ago, still well remember how nice it was inside. Whether to include Manuilova cave near Ribnovo, I wondering a lot. Not the easiest, safest respectively. You must be well prepared physically and mentally and equipped with at least 10 meters prusek or rope. There is a river, crawling, dry cascade of waterfalls and truly ones and like this – two kilometers… The first floor of Topchika is worth seeing, although if you are able to descent 60 meters down even more will love in this cave. Near caves Yamata and Hralupata also in rock mass of Dobrostan are wonderful (in Dobrostan which cave is not super beautiful?!), but … good luck in the search.

I can certainly say that for me Yagodinska cave is the most beautiful cave in Bulgaria. But I was explore outside the tourist area. And in the gorge she is not unique. Go to the club and you can see cave pearls, for free.

But the favorite in this part of the mountains, for me is Lednitsata next to Gela. On the inside the cave there are not many formations and is complex technically. But all this walking beside it worth it just to see the huge ice in the porch in May and even July…

Finally, I mention two Goluboitsa caves and Uhlovitsa and stop or really will not see the end. Goluboitsa’s water system, but here and for Uhlovitsa you can hire a local guide and properly equipped can see the caves.

Most importantly before entering is to call a relative to tell where you go and give control time in which will go out. Nice caving.