Over the past few days I have been researching European hiking trails in Bulgaria. At present, the EHTs cover five of the high mountains here, but the creation and marking of paths proved to be incomplete. All of them must start from the border where they have completed the stage in the neighboring country and continue to the border of the next country to their destination. On the map here in red is E3, in blue E4 and green E8… 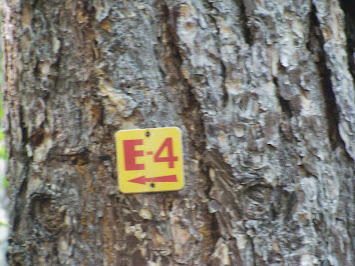 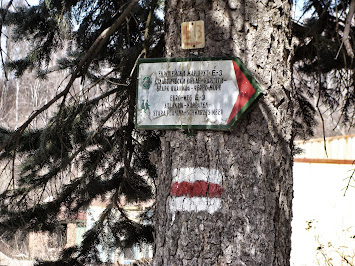 To be complete, E3 should be connected to Vidin, where the Romanian part ends on the Danube. Tourists from Belogradchik and Montana have created the “Western Balkan Route” (see in the Purple on the map), which connects Belogradchik with peak Kom. From Vidin to Belogradchik are 60-70 km with hut and camping on the road. The marked part of E3 follows the ridge of Stara Planina from the Serbian border and Kom peak to Cape Emine*. If the end point of the route is the town of Nessebar (according to the European Hiking Association) to Vidin is about 790 km in Bulgaria and possibly another 110 km. if the route continues to the border with Turkey and Malko Tarnovo.

(Update July 2017)
Following a decision of the European Hiking Association ERA-EWV-FERP from 2017 – E4 and E8 start in Bulgaria at Kalotina checkpoint. More information at https://www.eldp8.de/

The connection between Kalotina and Sofia can be reached through Godech or Dragoman, from where you can reach the hut Lyulyaka via Chepan mountain and Ponor village. From there through Kostinbrod or Ziten to get to Sofia. As Kom – Emine, E4 passes through some of the highest parts of the Bulgarian mountains – Vitosha with Cherni Vrah, Rila with Malyovitsa, Pirin with Vihren. The route ends not far from the Kulata border checkpoint and continues in Greece. 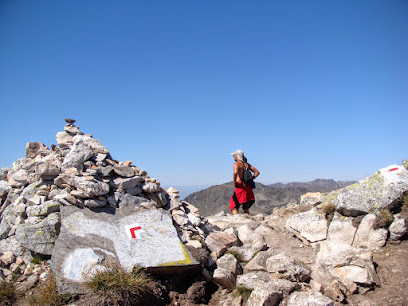 In my opinion, the E8 route in Bulgaria is marked entirely wrong. It was made in the Rhodope Mountains because it was supposed to cover this famous mountain of the European hiking trail system. I love the Rhodopes and I agree that such a route there should be. Entering through Kalotina you can follow the E4 route through Godech and Lyulyaka or the Sultan Route through Dragoman and Slivnitsa. From Sofia it continues with E4 through Vitosha and in Verila around Belchin/Klissura or after Klisura through Lakatishka Rila goes to Borovets. Now the marked part of the route ascends Musala peak and through the Belmeken dam descends to the Rhodopes, crossing them from west to east (~ 440 km). He graduated in the village of Mezek / Svilengrad on the Turkish border.
During the study, I noticed another route ending near the Bulgarian border – E7. If it continues in Bulgaria it will start from the Oltomantsi border checkpoint and the village of Dolno Uyno or the town of Kyustendil. From there the scenic road is through the Zemen gorge, the ruins of Zemlegrad and the famous Zemen monastery to the Pchelina dam and the small Golo Brdo to Vitosha and the Boyana church. From Sofia … well, first you have to see where the route goes in Romania or elsewhere…