Count them if you can …
Light and cult

There is a reason so often to go to Nochevo. Most people know Parmakkaya, other sharapana (winemaking stones) and niches above it, others know The Jackal. But after a few walks and one lost, with calculations that starting in the village river will go to next one – Angel Voyvoda, we decided it was time to look at more closely. This time it came and Denitsa (from Wish me already involved in some of my cycling adventures). So, we set out at dawn, 5 people with 3 cars – Me with Krassy, Denny and Alex and Victor driving alone. We supposed to are two cars, but operators had taken so much equipment that was no room for personal belongings. And we expect Mira at evening.
First goal was Parmakkaya. The starting point is Eminchaush hamlet, which is part to Panichkovo (across the main road), but on the way to Nochevo. Parmak in Turkish minds finger, the finger pointing to the south-southwest, somewhere to Jult kamak or Murga. When someone came to the area to examine the rock niches or goes to Parmakkaya but not to Nochevo or directly goes to Nochevo, passing the rock to Eminchaush hamlet. And for us it was a good idea to go along there, because tagged one of the not so popular niches with eyebrow an easily accessible place.

For those niches most common theory is that this was done to stop the water running down the rock, and the image shows that on this niche flowing water below is smaller. If we found the time will go there and do experiment with water. After the walk and pictures of Parmakkaya we headed to Nochevo and gully after sharapana. We wanted to get to the cliff where some time ago with Alex attempted for photos with drone but equipment refused. Up the ravine on the right side begins rocks with niches and small caves, one of them in the shape of the womb. I tagged three, Alex more. Of all have made photos with the idea to start a detailed map with pictures and number of niches. Nochevo as religious complex turned out to be huge and in number niches can easily compete with Kovan Kaya and Gluhite Kamani. 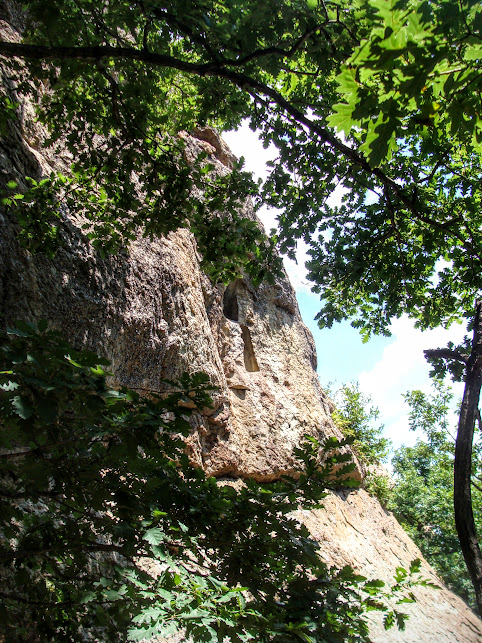 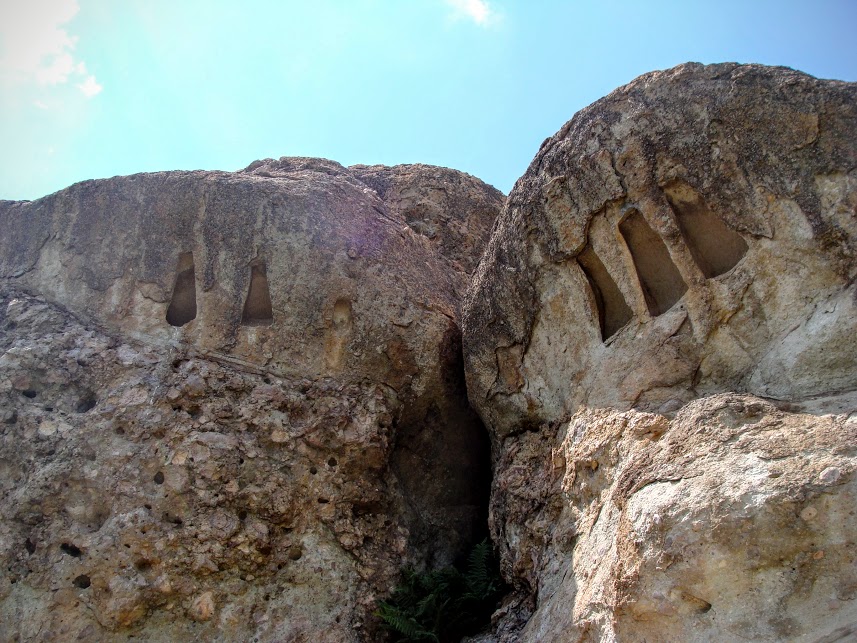 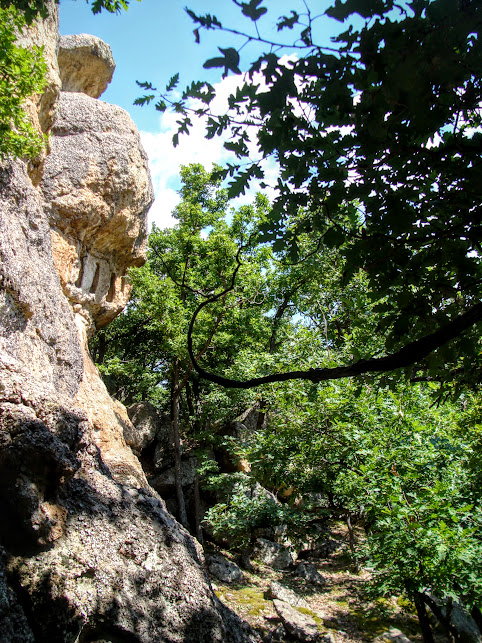 We found next to each other very good examples of how they have carved niches. With the idea to descend and shoot close abrupt left by chisels headed to the main road where Mira would arrive by bus. We good look round where you can make camp, but none meadow near Nochevo we do not like it. So we took Mira and headed to the well-known place near Nenkovo. But someone mention buttermilk and beer and we stopped on restaurants near fork to Jult kamak. Very nice people turned out there.
The next day before to get back on Nochevo to shoot, we decided to check it out and niches on the Bezvodno. Road along the Bezvodno dam is stunning. Even with a car you feel like you travel for hours to extremely remote and secluded place. Indeed the village is like that. Huge walnut with a shadowing shroud and a fountain with cold water waiting passenger on the village center. We understood that to niches from the village is a little long and hard for reaching and gave up walking them. 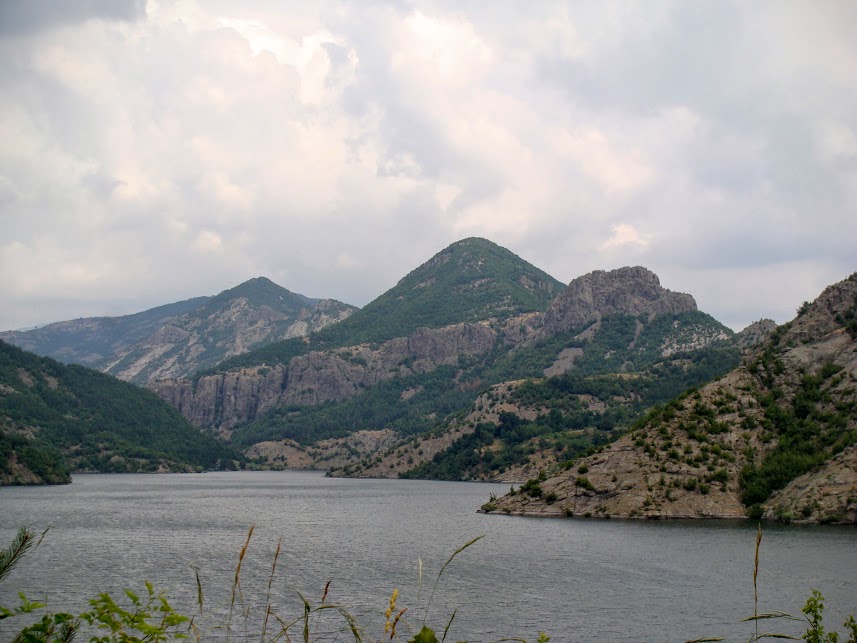 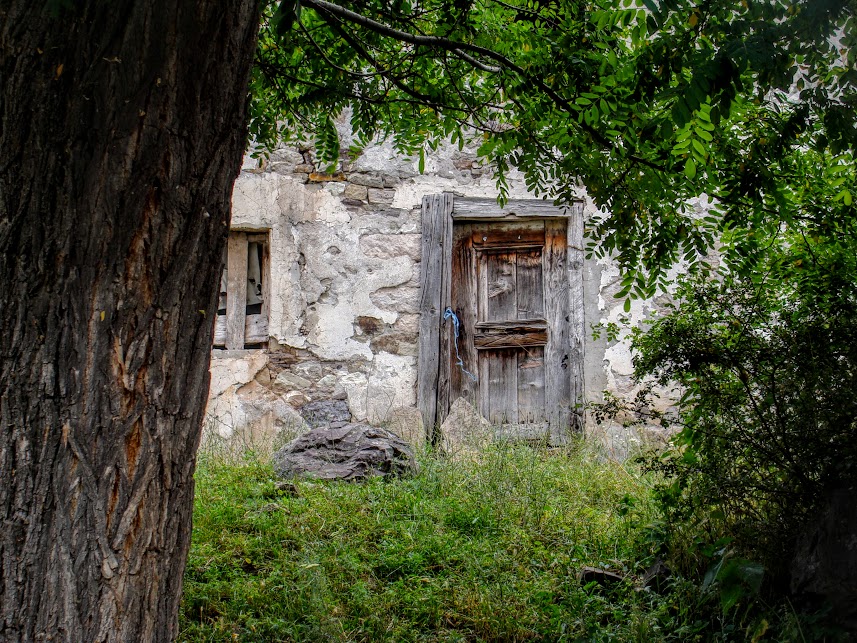 So, again we returned to the Nochevo and descended two “compromise” ropes to Alex and Krassy take pictures. Krassy soon left for Sofia and I went down to help Alex. We finished and just untie the first knot began to rain like hell. We shrink under the rock and waited to stop. But the more it rained, the more water running down rafters rock and dropped closer to us. Well, that did not last long. 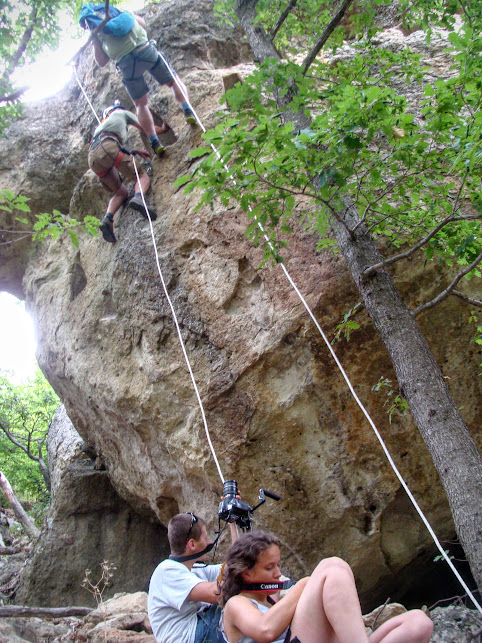 In the evening we decided to be near the rocks of Zhenda to do timelaps photos. On the ridge to the fortress where do we stand with cars was windy, and the only water on the way (and it turned out quite dubious quality). I was only a hammock and decided I better do shelter under a rock. It became a wonderfully. 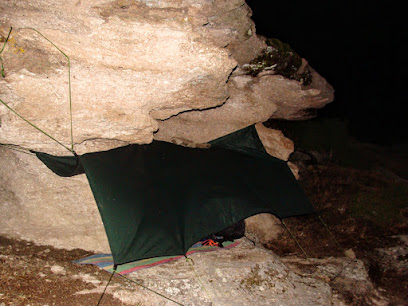